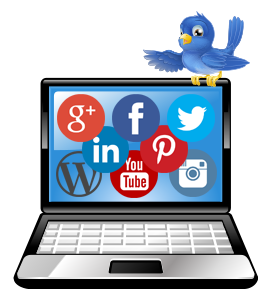 Social media is a tumultuous playing field. While it’s been dominated fairly consistently by Facebook since the late 2000s, every year sees new emergent platforms that either fail in a blaze of glory, get gobbled up by one of the major players, or go on to see individual success on their own. All of these cases provide learning opportunities for the average social media marketer—the failures show what users don’t want to see, the consumables demonstrate a hint of new features and new technologies on the horizon for major players, and the breakout successes represent new opportunities all on their own.

We’re already more than halfway through 2015, but I’d wager we’ll see at least some of the following platforms rise up in some way by the end of 2016:

1. Wanelo. Wanelo is a type of social shopping app, and if you’re curious about its name, it’s derived from the words “want, need, love.” Wanelo, once downloaded in app form, allows you to peruse millions of different products offered by major brands, online retailers, and even independent artists and producers like those on Etsy. You can also create wishlists, establish connections, and find out what your friends are interested in. This app could rival Pinterest because of its strong visual components and similar demographics, but is better poised for online shoppers because of its convenient wishlist and product management tools. Expect it to be eyed by Pinterest or see it take off on its own.

2. SlideShare. SlideShare has a decent user base already, but it has a long way to go before it stands among the leaders in the social media world. Through SlideShare, professionals can create slideshow presentations and videos—almost like YouTube, but with a much more professional appeal. Users who appreciate LinkedIn for its professional nature and targeted formatting will appreciate how SlideShare positions itself for its users—and the practicality of the app is useful in almost any business application. Expect to see SlideShare integrated with LinkedIn in multiple ways, or expect to see it used by a greater percentage of active professionals.

3. Shots. Shots’s greatest advantage is also one of its greatest weaknesses; it’s simple. It’s designed almost exclusively for “selfies,” utilizing only the front-facing camera of a phone. Users can connect with each other and send pictures, or scroll down a feed of others’ photos. Commenting on those photos is disabled, but users can chat with each other. In this way, Shots functions like Snapchat, but it’s less concerned with individual privacy and more concerned with connecting users to one another. So far, Shots functions like a weaker hybrid of Snapchat and Instagram, but with the addition of a few new features, it could easily see its audience explode.

To view the rest of this list, visit Forbes.com.  Do you love any social media that aren’t on this list? Let us know about them!