Tuesday of last week, Twitter Co. announced that they would be making an overhaul to some features of Tweets to make communication easier on Twitter. 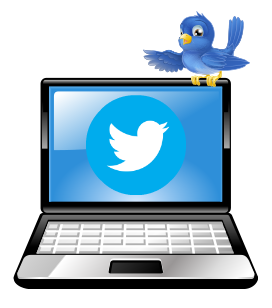 Among the changes, the most significant are:

These changes will not be rolling out for several months due to the sheer amount of changes being made. These all take time to test, debug, and beta test to make sure they are working well by the time they hit your computer. This is the first time since 2006 that the character limit has been changed on Twitter. Part of the reason may be because of Twitter’s reason year of decline. In the past two years, Twitter has lost 67% of its stock market trade value. CEO Jack Dorsey believes that the new changes will simplify the user’s idea of how to use Twitter, an issue which has led to significant confusion over the years on how to use the app and why a user should tweet. By making significant changes, Twitter has a chance to re-brand and improve itself.

So you may be wondering, how do these changes affect my business? Will they make it easier to get my product or business promoted?

In short, yes, there are some clear benefits on how this will increase your ability to promote your business, but there are also unwritten rules of social conduct that will inevitably need to be followed if you want to market correctly.

Handle Spamming – Why you Shouldn’t

A twitter handle is a persons username. The “@” symbol followed by their username allows you to link a person to your tweet. For example, if someone wanted to notify me about a tweet that involved me, they could say “Thank you so much for helping me build my website and improve my social media skills @JennyCrawford @JCSweetandCo”

Ever Since 2006, when you put a “@” and a Twitter handle into a tweet, it would take up characters towards the 140 total. Moving forward in 2016, Twitter Handles take up no characters. What does this mean from a marketing perspective?

Quite simply, Twitter users can now spam followers with their tweets.

It has so far been mentioned by Twitter that up to 50 users can be mentioned in a single Tweet now, without any of it counting against your word count.

Before you start thinking “I’m going to always tag 50 users in my Tweet so I get maximum visibility”, think again.

Although it is now a more flexible tool to tag multiple users, there is only a certain amount of tags that a user will tolerate if they aren’t directly involved in the content of a post. What I mean by this is if a user has no real reason to be tagged in a post, they likely don’t want to have it showing up on their feed to all of their friends and family, and won’t appreciate you tagging them solely for the sake of soliciting them for sales.

How to Correctly Use the New Handle Links For Your Business

Rather than spamming 50 users on every one of your Tweets, follow these guidelines:

Since you can now make sure your entire Twitter audience sees your replies, be sure to follow these tips:

As Twitter changes, be sure to stay tuned to JC Sweet & Co. for all of your social media updates and latest news on how to better your business